Share a memory
Obituary & Services
Tribute Wall
Read more about the life story of Alan and share your memory.

Alan George Kieffaber, 83, died suddenly at his home in North Manchester, Indiana, early Wednesday morning, November 2.  Alan was born May 24, 1939, in Akron, Ohio, the oldest of five children of Leland Emmert and Thelma Evangeline (Long) Kieffaber.  He graduated from Manchester College (now University) in 1961 majoring in Peace Studies and Religion. He first attended the University of Chicago School of Religion, then transferred to Bethany Theological Seminary where he graduated with a Master of Divinity degree in 1964.

Alan served as pastor to several Church of the Brethren congregations: Franklin Grove, Illinois, 1964-1969; Ivester, near Grundy Center, Iowa, 1973-1977; Huber Heights, Ohio, 1982-1985; Sidney, Ohio, 1985-1992; and Denton, Maryland, 1992-2007.  He and his wife Nancy and their two small children spent three years in Nigeria (1970-1973) under the Church of the Brethren in a Mennonite program, teaching religion at Waka Schools.  In preparation, he spent a year earning a master’s degree at UCLA, studying Nigerian language and culture.

Alan also served as church relations representative for Bethany Theological Seminary in Oak Brook, Illinois, from 1977 to 1979, and as campus pastor at McPherson College, Kansas, from 1979 to 1982.

Alan met his wife Marilyn at Camp Colorado, near Denver, in 1980. They were married there a year later. They retired to North Manchester in 2007.  He was part-time chaplain at Timbercrest for two years, 2009-2011. Wherever he served, Alan made lifelong friends and touched many lives with his friendliness and sense of humor. He was active in Church of the Brethren camps, where he loved to play his guitar and sing funny songs.  He enjoyed birdwatching, collecting license plates and stamps, and writing letters to friends and acquaintances.

A Celebration of Alan's life will be held Saturday, January 7, 2023 at the Manchester Church of the Brethren, 1306 Beckley Street, North Manchester, Indiana beginning at 2:00 p.m. The family will receive loved ones after the conclusion of the celebration.

Alan was a member of Manchester Church of the Brethren. A memorial service will be held there early next year. In lieu of flowers, please donate in Alan’s memory to Heifer International, 1 World Avenue, Little Rock, Arkansas 72202 or Habitat for Humanity, 322 West Lamar Street, Americus, Georgia 31709.

The family of Alan George Kieffaber has entrusted McKee Mortuary with care and final arrangements.

Condolences may be emailed to mckeemortuary.com 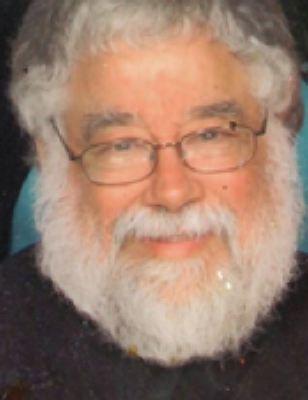