Share a memory
Obituary & Services
Tribute Wall
Read more about the life story of Bonnie and share your memory.

In high school, Bonnie was a UN representative and an accomplished member of the speech team, representing her school at nationals. After graduating from Manchester High School in 1972, Bonnie furthered her education at Manchester College majoring in Communications. She went on to receive her Master’s in Management from Indiana Wesleyan University. During this time in her life Bonnie worked for WOWO Radio and was in many bowling commercials on Wane T.V.

For over forty years Bonnie worked in Human Resources for various companies, most notably United Technology before its closing. She was most recently employed with Carey Services in Marion, where she was promoted to Vice President of Human Resources. Bonnie enjoyed her job and the people with whom she worked with.

Bonnie was a second mom to many of her sons’ friends and maintained an open-door policy in her home. No matter what someone did or did not do, she remained nonjudgmental. Bonnie loved everyone for who they were and had an uncanny ability to make people better, both professionally and personally. She faced many trials and tribulations in her life but always made the best of her circumstances with a positive attitude. As a single mother of two sons, Bonnie provided for and loved them unconditionally; her boys were the pride and joy of her life. When she found time to relax, Bonnie enjoyed solving puzzles on her computer, and she especially delighted in her time spent reading.

Family and friends may call Thursday, January 5, 2023, from 10:00 a.m. to 2:00 p.m. at McKee Mortuary, 1401 State Road 114 West, North Manchester. Funeral service will begin at the conclusion of calling with Pastor J.P. Freeman officiating. Burial will be at Fairview Cemetery, Servia, Indiana.

For those who wish to honor the memory of Bonnie (Rice) Smith, memorial contributions may be made to Carey Services, c/o New Training & Career Development Center, 2724 South Carey Street, Marion, Indiana 46953.

The family of Bonnie Smith has entrusted McKee Mortuary with care and final arrangements. 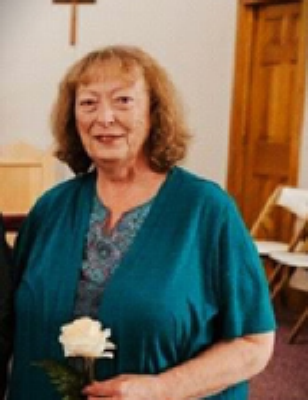