Share a memory
Obituary & Services
Tribute Wall
Read more about the life story of Doris "Jean" and share your memory.

Doris “Jean” Weaver Smith was born on March 24, 1933, in Roanoke, VA, to Ruth Ethel Wenger Weaver and Aaron Lehman Weaver. Jean died on September 12, 2022, exactly 6 months after her beloved husband, Edward Stanley Smith, passed away. Both were residents of Timbercrest Senior Living in North Manchester, IN, for the past three years.

Jean was one of three children, including a twin sister, Emily “Sue” Strickler of Kansas City, MO. Their older sister, Ruth “Charlotte” Anderson, of Concord, CA, passed away in 2016 at the age of 94.

Jean graduated from Harrisonburg High School (VA) in 1951. She met Ed as freshmen at Manchester College and asked him to the Sadie Hawkins Day dinner. After the date, Ed came back and told his roommate, “This is the girl I’m going to marry.” And he did - at the North Manchester Church of the Brethren, on Memorial Day, 1953, after their sophomore year.

After they were married, Jean worked as secretary to a professor at Manchester College, in a coil factory in North Manchester, and in the hospital across from Bethany Seminary (Chicago) from which Ed graduated in 1958. Throughout her life, Jean has loved to work with people: as a teacher’s aide, working for the Plymouth (IN) Welfare Department and assisting Ed in his ministry as a Church of the Brethren pastor for over 35 years to five congregations. She was also a musician, playing the flute, piccolo, and piano. She also led the children’s choir, which she formed, at several of their pastorates.

Jean loved people and was well loved in return for her empathy and concern. She was a whiz at memorizing names and even voices. This was a huge asset as a pastor’s wife, where she often served as the woman behind the man, making him shine. She loved inviting parishioners for Sunday dinners. She enjoyed gardening and canning green beans by the cart load. She made the best cinnamon rolls in the world, even when her rheumatoid arthritis made that difficult.

A cancer survivor, Jean was tough as nails. She stopped her chemo treatment early, became a Hospice dropout and went on to live 25 more years. When she lost her hair, she became a big fan of hats. Jean had major back surgery at 80 and watched her Cubbies win the world championship from a hospital bed. She lived stoically with pain for many years.

Family vacations consisted of trips to Brethren Annual Conferences around the country. In 1980, Jean and Ed had a chance to visit China, where he was born, in Shanxi Province. Together they also took trips to Ireland, Mexico and Hawaii with their daughter, Melea, and her partner, Rich, as well as completing their collection of U.S. states with a ferry trip up the Inside Passage from Seattle (WA) to Juneau, (AK).

Both Jean and Ed were members of the Downers Grove, IL, Friends Meeting (Quakers) and the North Manchester Church of the Brethren for many years. 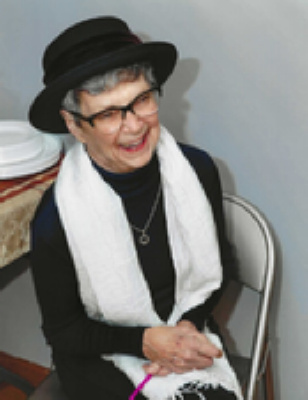