Share a memory
Obituary & Services
Tribute Wall
Read more about the life story of Francis and share your memory.

Francis H. Barr Jr., 97, North Manchester, Indiana, passed away on May 15, 2022, at Timbercrest Healthcare Center in North Manchester. Francis was born on March 24, 1925 in Chicago, Illinois to Francis H. and Ida Rebecca Barr.

When he was two years old, his parents moved to Oregon, and it was in Oregon and Idaho that he lived during his boyhood. During his time there he made a lot of great memories at church camps. He graduated from Nampa High School in Idaho in 1944, where he played trumpet in the band.

In 1944 Francis entered Civilian Public Service where he worked in forestry in Oregon and then, as a human guinea pig, in North Carolina. In 1947 Francis began at Manchester College, where he would later receive his Bachelor of Sciences degree in Physics in 1951.  It was during his time at Manchester College that Francis met his wife-to-be, Evelyn Jones.

As his family lived in Idaho, it was difficult for Francis to go home for the holidays, so he stayed at Manchester College during that time. It was there he met Evelyn during the 1948-1949 school year. On June 3, 1950, they were married in Cerro Gordo, Illinois.

Francis was a physicist-engineer at ITT Electro Optical Products Division in Ft. Wayne for thirty-five years, retiring in 1987.  They built special purpose photo electron tubes for scientific applications in space and industry.  Francis appeared in Who’s Who in American Universities and Colleges and was also a member of the American Institute of Physics and the American Radio Relay League.

An active member of the Manchester Church of the Brethren, Francis served as a Deacon, a member of the Peace & Justice Committee, and the Pastoral Ministry and Personnel Commission.

Upon moving to Timbercrest, Francis put up an antenna for his amateur radio in which he had a major interest for many years, using the call sign W9ETT. Francis was always glad to assist residents with any minor electrical or electronic problems if they were of such a nature that he could help.

A celebration of Francis’s life will be held on Saturday, August 6, 2022 at 2:00 p.m. at the Manchester Church of the Brethren, 1306 Beckley St, North Manchester, Indiana, with visitation after the service.

For those unable to attend the service, it can be seen on https://www.youtube.com/watch?v=9CL4cbNPda4

The family of Francis H. Barr Jr. has entrusted McKee Mortuary with care and final arrangements. 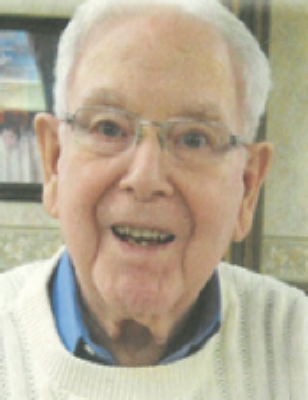