Share a memory
Obituary & Services
Tribute Wall
Read more about the life story of Grace and share your memory.

Grace Ann Whitacre, 90, North Manchester, Indiana, passed away at Peabody Healthcare Center in North Manchester on November 24, 2022. The youngest of seven children, Grace was born on August 23, 1932, in Kokomo, Indiana, to Edgar and Grace (Brewster) Lovelace.

During her senior year at Northwestern High School in Kokomo, Grace married Richard “Dick” Whitacre on December 23, 1950, before he left for the military. Grace then graduated high school in the spring of 1951. Upon Dick’s return from his military service, the couple started their life together and were blessed with three children, Stanley, Shelley and Stephanie. Grace and Dick were blessed to spend sixty years together before Dick passed away on April 12, 2011.

Grace sewed books at Heckman Bindery for twenty-four years before retiring in 1993. She also did whatever needed done on her family’s farm. Grace taught her children to have a strong work ethic and the value of hard work. She was an amazing woman who selflessly gave to those who asked, volunteered her time, and loved her family. Faith was of the utmost importance to Grace. She was actively involved in the North Manchester United Methodist Church, where she was a member. She was also a member of the United Methodist Women.

The family of Grace Ann Whitacre has entrusted McKee Mortuary with care and final arrangements. 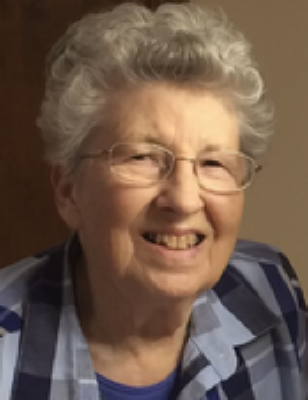