Share a memory
Obituary & Services
Tribute Wall
Read more about the life story of Ira and share your memory.

After graduating from Silver Lake High School in 1950, Ira joined the United States Navy, where he served proudly in the Korean War.  His time in the service took him to Pearl Harbor, Japan, Korea, Antarctica, Canada, and other islands around the world first as a mechanic and later as a diver. Most notably, Ira dove in the Arctic to recover a satellite that had been lost. He was grateful for his time in the military and the lifelong skills he learned there. Even after his honorable discharge, Ira supported the military and joined the American Legion.

After returning from the service, Ira began dating Nancy Ball. The two fell in love and were married on February 9, 1958. During their nearly sixty-five years of marriage, Ira and Nancy were blessed with six children, Donald “Don”, Robert “Bob”, Sue, Kelly, Scott, and Ira Jay. While raising six children wasn’t always easy, Ira worked hard to provide the best life for all of them. He worked for OmniSource in Fort Wayne as a foreman and mechanic for thirty-seven years. He also owned a few small businesses, Wabash Transfer in Wabash, Lewis Garage in South Whitley, and a salvage yard in North Manchester. However, Ira’s true passion was farming. For most of his life, he left his fulltime job and went home to get on the tractor and work until dark or beyond. He viewed farming as a way to ensure a bright future for his children, while teaching each of them the value of honest, hard work.

While Ira worked tirelessly Monday through Saturday, Sunday was made for worshiping the good Lord and being with family. He and his family worshiped at Manchester Bible Church in North Manchester for over forty years. Ira’s love for family and Christ was a constant in his adventurous life. He left a legacy of never quitting and believed no matter how rough things got, there were always better days to come. Ira enjoyed spending time outside in the woods. He often cut wood all day, so he and his adult children had enough wood to heat their homes for the winter. He was willing to do anything for anyone, including animals. Ira loved caring for cats and often tamed them for his children and grandchildren to pet.

For those who wish to honor the memory of Ira Donald Lewis, memorial contributions may be made to St. Jude Children’s Research Hospital, 501 St. Jude Place, Memphis, Tennessee 38105 or Shriners Hospitals for Children 2900 Rocky Point Drive, Tampa, Florida 33607. 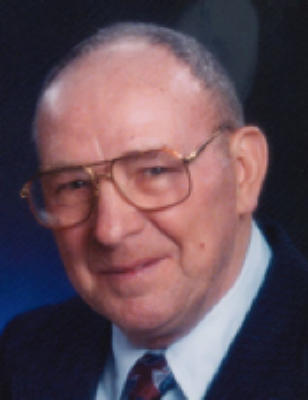