Share a memory
Obituary & Services
Tribute Wall
Read more about the life story of Janet and share your memory.

The youngest of two children, Janet was born on July 5, 1933, in St. Louis, Missouri, to David and Clara (Goebel) Bentrup. During her high school years, Janet was active in field hockey and volleyball. After graduating from University City High School in 1951, she went on to earn her artium baccalaureus (Bachelor of Arts) degree in Education from Washington University in St. Louis in 1955. She then taught second grade in St. Louis for five years.

Janet met Donald Hays while in high school, and the two remained friends until after college when they began dating. They wed on June 12, 1959, at Bethel Lutheran Church in St. Louis and were blessed with one son, William “Bill” Hays, during their forty-two years of marriage. While living in St. Louis, Janet kept busy with volunteer work, including donating her time to Cub Scouts, the Delta Gamma Christmas Tree lot, and the St. Louis Christmas Carolers Association. In 1976 she and Donald moved to Syracuse, Indiana, where they acquired the Kale Island Beacon Restaurant. In 1990 they purchased a winter home in St. Simons Island, Georgia, where they loved to spend time. In 2018 Janet left the Syracuse area to move closer to family at Timbercrest Senior Living in North Manchester.

Janet and her family prioritized travel. They particularly enjoying visiting Fair Hills, Minnesota, and Janet delighted in traveling to Europe, Australia, New Zealand, Russia, Israel, Turkey, South Africa, Chile, and all-over North America. She also relished in her time spent golfing, playing cards, and spending time with her many friends. Faith was always important to Janet, and she was a member of Lord of Life Lutheran Church in St. Simons Island, Georgia. She attended Zion Lutheran Church while living in North Manchester.

For those who wish to honor the memory of Janet Hays, memorial contributions may be made to Delta Gamma Center for Children with Visual Impairments, 1750 South Big Bend Blvd., Richmond Heights Missouri 63117 or Coastal Georgia Historical Society, 610 Beachview Drive, St. Simons Island, Georgia 31522.

The family of Janet Hays has entrusted McKee Mortuary with care and final arrangements.

Family to do services at later date 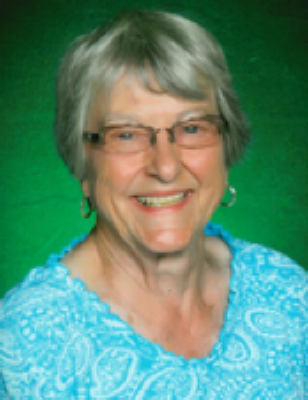