Share a memory
Obituary & Services
Tribute Wall
Read more about the life story of Lindy and share your memory.

Lindy was born January 10, 1928, in Adams County, Indiana to Murl and June (Steiner) Lybarger. During his childhood he enjoyed attending Boy Scouts and working at his father’s bank in Hoagland, Indiana. He graduated with the class of 1946 at Hoagland High School, now Heritage High School, where he played the trombone in the band, was on the basketball team, and took part in the school play his junior year. After serving in the Navy from 1946-1948, Lindy enrolled at Indiana University where he graduated with a degree in finance in 1952. He then went on to attend the Graduate School of Banking at the University of Wisconsin.

On August 16, 1952, Lindy married Norma Hamrick at the Hoagland United Methodist Church where they had first met. The two were just shy of celebrating their 70th anniversary. Lindy and Norma would raise four children, beginning their life in Monroeville, Indiana and eventually moving to North Manchester in 1956. Lindy would begin working at Indiana Lawrence Bank, after relocating his family, and remain there for the next thirty years serving as President and CEO of the bank for the last seven years. He retired in 1986. For over fifteen years, the couple wintered in their Leesburg, Florida home.

For 65 years, Lindy was a proud member of the Rotary Club. He was a member of the North Manchester Community Foundation from 1977 to 1994 and served as president of North Manchester Chamber of Commerce until 1984. He also loved to travel, golf, and spend time with his grandchildren. Lindy was a member of United Methodist Church in North Manchester and served on numerous committees in the church. He also served on various committees in the Indiana Bankers Association. Lindy also enjoyed reading business publications and adding to his coin bank collection.

For those who wish to honor the memory of Lindy L. Lybarger, memorial contributions may be made to United Methodist Church, 306 East 2nd Street, North Manchester, Indiana, 46962 or Rotary International, at my.rotary.org.

The family of Lindy L. Lybarger has entrusted McKee Mortuary with care and final arrangements. 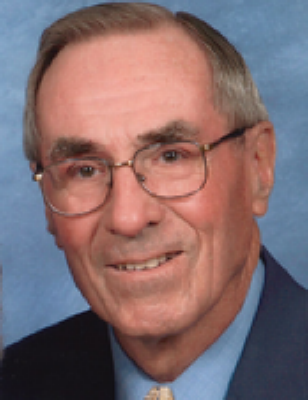