Share a memory
Obituary & Services
Tribute Wall
Read more about the life story of Shirley and share your memory.

Shirley Ann Williams, 85, North Manchester, passed away peacefully at her home on November 22, 2022. The daughter of the late Arlo Severence and Martha (Moog) Bowers, Shirley was born on September 23, 1937, in Bryan, Ohio.

Two years after graduating from New Haven High School in 1955, Shirley married the love of her life, Jack J. Williams, on February 9, 1957. During their beautiful sixty-five years together, the two were blessed with three daughters, Deborah, Pamela, and Amy. Shirley served her community by working for Wetzel Insurance for thirty years before retiring in 2000. She started as a secretary and then earned her insurance license, taking great pleasure in helping those around her with their insurance needs.

Strong in her faith, Shirley was an active member of Zion Evangelical Lutheran Church in North Manchester as well as WELCA (Women of the Evangelical Lutheran Church). She helped prepare funeral dinners and communion and embraced the ministries of the Lutheran Church. Shirley was also a member of Tri-Kappa, Bunco Bunch, and the Red Hat Society. She was always full of energy, fun, and loved to be social. Nothing made Shirley happier than being with her family. She delighted in playing games with her grandchildren and supporting them in their various events and activities. During the summer months she relished in her time spent swimming with her kids, grandchildren, and great-grandchildren.

For those who wish to honor the memory of Shirley Williams, memorial contribution may be made to the Manchester High School Athletic Department, 1 Squire Drive, North Manchester, Indiana 46962.

The family of Shirley Ann Williams has entrusted McKee Mortuary with care and final arrangements. 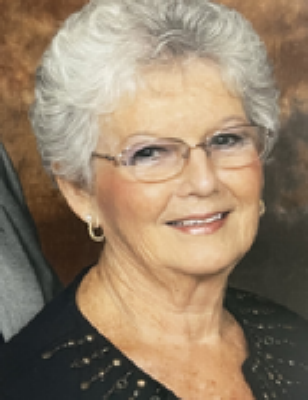