Share a memory
Obituary & Services
Tribute Wall
Read more about the life story of Terry "TR" and share your memory.

After attending Manchester High School, TR entered the workforce by joining Eaton/Controls, where he was employed for twelve years. He then went to work at Dalton Foundry in Warsaw and spent twenty-eight years there before taking a job at Zimmer-Biomet two years ago, which he called his retirement job.

On June 22, 1985, TR married the love of his life, Sharon Prater. During their thirty-seven years of marriage, they were blessed with many fond memories and one daughter, Whitney, as well as three grandchildren who they loved dearly. TR was a jokester with an incredible sense of humor, which was a gift he passed down to his daughter. He loved his family and always wanted to give them everything he possibly could. TR was a workaholic who never took vacations, allowing him to provide a great life for his family. He was a devoted husband and father.

TR relished in his time spent watching Indiana University basketball and Fort Wayne Komet hockey in the winter months. During the remainder of the year, he enjoyed being outside playing disc golf with friends, partaking in games of poker, and seeing the countryside on his Harley Davidson motorcycle. TR also took great pride in maintaining the perfect lawn. The stripes in his yard had to be just right without any leaves on the grass.

For those who wish to honor the memory of Terry “TR” West Jr., memorial contributions may be made to Animal Welfare League, P.O. Box 1906, Warsaw, Indiana 46581.

The family of Terry “TR” West Jr. has entrusted McKee Mortuary with care and final arrangements. 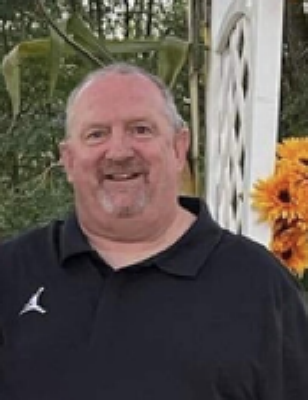